Why I won’t be buying the Nintendo Switch at launch 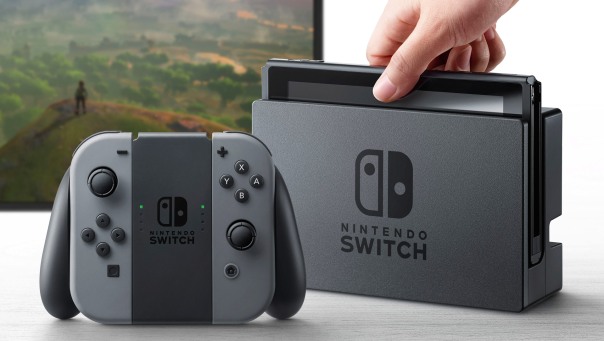 Disclaimer: Since writing the blog post below, Nintendo has very kindly sent My Nintendo News a Switch Console to preview and review. As I’m the Reviews Editor for the site, it’s fallen under my wing. So expect to see an unbiased article – or as much as I can be – on the Switch and, subsequently, Zelda: Breath of the Wild. Going forward, it also means I will be reviewing more Switch games, so I’m afraid you’re all stuck with me for the foreseeable future. I only hope that’s a good thing! 🙂

As most of you know, I’m an avid Nintendo fan. But I won’t be buying the Nintendo Switch at launch.

OK. So, you’re puzzled, right? I review Nintendo games on Wii U and 3DS over at My Nintendo News – and have been doing so for the past four years. Time really does fly.

Although I love reviewing games – both playing and writing – I’ve admittedly had a love-hate relationship with Nintendo as a company. From a consumer’s point of view, the Nintendo Switch in the UK is priced at £279.99. I pre-ordered it when it was announced, just like that. And then I asked myself why the hell did I do that?!

I have never pre-ordered a console or game in my life. If any of you know or have heard of TotalBiscuit on YouTube, you’ll know he absolutely hates the idea of pre-ordering. You get let down too many times from botched up jobs of a game, or pay for games that are £50 on launch then reduce to a measly £20 after a month. Pre-ordering, though, is sometimes a necessary evil.

Over the years, Nintendo has been plagued with stock issues from the amiibo rush to the recent problems with the NES Mini. So I thought, screw it. Let’s pre-order a Switch while I can, because I’m a reviewer and I need that system.

The thing is, I really don’t. And funnily enough, as a reviewer of Nintendo games, I’ll have to pay an arm and a leg if I want all of the accessories (£99.99 for a pro-controller on Amazon; you’re having a laugh, right!?) and a number of SD cards to store all those digitally downloaded games on. For UK consumers, if you want to buy all your games digitally, you’re going to need to store them on SD cards. Reportedly there will be compatible SD cards up to 2TB, but the highest ones available right now are 256GB, or thereabouts. The Nintendo Switch itself only comes packaged with 32GB. I mean… what?

Having played with the Switch, I feel like I’m in a much better position to justify not purchasing just yet. There are only a handful of launch titles – including Zelda: Breath of the Wild – that will arrive on March 3. I was teetering on the edge since the press event last weekend about whether I could actually justify such a purchase, and there was one thing that just sealed the deal.

Zelda: Breath of the Wild on the Switch has better sounds and a better pixel to pixel resolution – and it’s not even by much. Wait, let me just get this straight. That’s it? Maybe there’s other features we don’t know about yet, maybe there isn’t. But the main point is, I bought my Wii U to play the new Zelda on, and I’m going to play it and review it on that system. Plus, I actually have a sweet Pro Controller for the Wii U, and that’s going to be one hell of a lot more comfortable than playing with Joy-Cons.

As for the Switch itself, I will eventually have to buy it, most probably just before Splatoon comes out. But I don’t want to go against my own morals just for the sake of buying a system when I don’t know all the ins and outs just yet. Oh, and it doesn’t even come bundled with multimedia apps like Netflix. Well, there goes my ability to binge-watch Pretty Little Liars in my living room then.

So, I apologise to the MNN readers out there. You won’t be getting any Switch reviews from me until I can reasonably justify purchasing the system from a consumer’s point of view. Because, at the end of the day, I am still a consumer.

The Inbetweeners Movie: Riding Out On A High

The Inbetweeners have been posing nude in front of our tv screens for a successful three series, now they’ve got us hooked on the big screen ready to bare their bums (as well as other parts) in a 90 minute ‘LOL’ trip to the Greek Island, Malia.

On hearing the word ‘movie’ in the same sentence as ‘end of the series’, it is safe to say that I was a little dubious.  Though it worked for Sex and the City, fully disregarding the atrocity that was the sequel, I was blindly hoping that The Inbetweeners Movie may just ride out on a high.